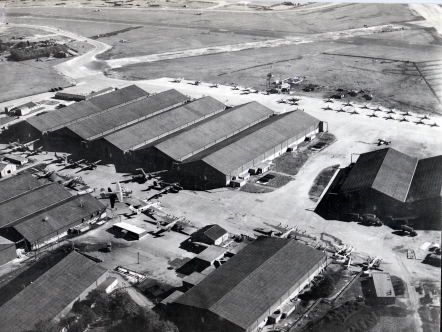 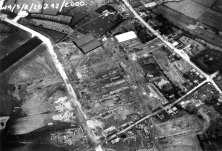 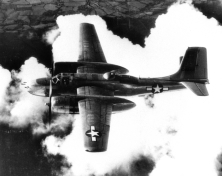 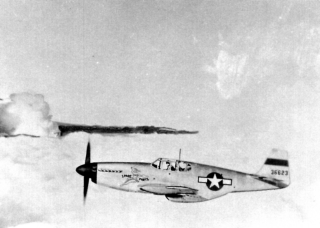 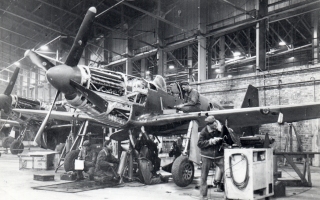 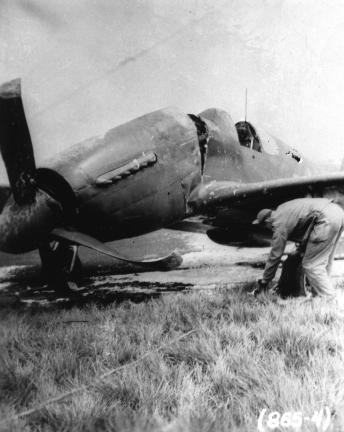 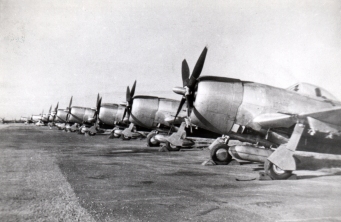 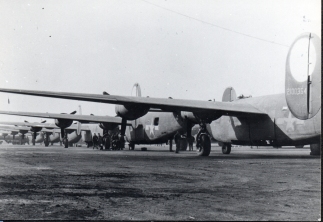 Tony Tary, 2073 QM Truck Company BAD-2, recalls: “What comes to mind is Burtonwood was the largest Repair Depot and we were sister bases. I remember we were the first base to have a jet. That was the XP-80 Shooting Star. There were two, and one crashed near Burtonwood very shortly after arriving.”₁

The Lockheed P-80 Shooting Star was the first jet fighter used operationally by the USAAF. Although delivered just 143 days from the start of the design process, the aircraft still wasn’t in service by the end of World War II. However, experimental and prototype aircraft were already in the air.

Following the first flight of XP-80 “Lulu Belle” on the 8th of January 1944, Lockheed won a contract to build 13 service-test YP-80A aircraft. General Henry H. Arnold was keen to get the YP-80A in to Europe as a response to German jet aircraft development. Arnold had been involved with jet aircraft from 1941, initiating in a jet fighter program that resulted in the Bell P-59 Airacomet. When asked when he wanted the YP-80A in Europe, Arnold replied “Now”.

On the 13th November 1944, Colonel George E. Price received the go-ahead for “Project Extraversion”. Four YP-80A aircraft were to be shipped across the Atlantic for operational testing in the U.K. and Italy. The two U.K. bound aircraft, #44-83026 and #44-83027, arrived packed in crates on the 30th of December 1944. They were transported to BAD-1 Burtonwood, where they were re-built ready for flight.

#44-83027 flew to BAD-2 in January 1945, becoming one of the first jet aircraft to land at the Air Base, along with a prototype Gloster Meteor. Incidentally, the visiting Meteor led to the nickname of BAD-2’s AT-6 “Jet Threat” after a G.I. was overheard muttering “Aw hell, our AT-6 is better than any jet!” on seeing the Meteor buzz the airfield. The Shooting Star’s sister aircraft #44-83026 crashed on its second flight at BAD-1 Burtonwood, killing its pilot, Major Frederick Borsodi on the 28th January 1945.

The crash resulted in the grounding of the type. Once #44-83027 was cleared to fly again, it was transferred to the British Government and sent to Rolls-Royce. It was modified and fitted with the B-41, a prototype of the Nene turbojet. The jet was damaged beyond repair on the 14th of November 1945, after a crash landing following an engine failure.

Warton was to have a rich future with jet aircraft, but few would have thought it started back in 1944.

One thought on “Project Extraversion – Shooting Star at Warton”